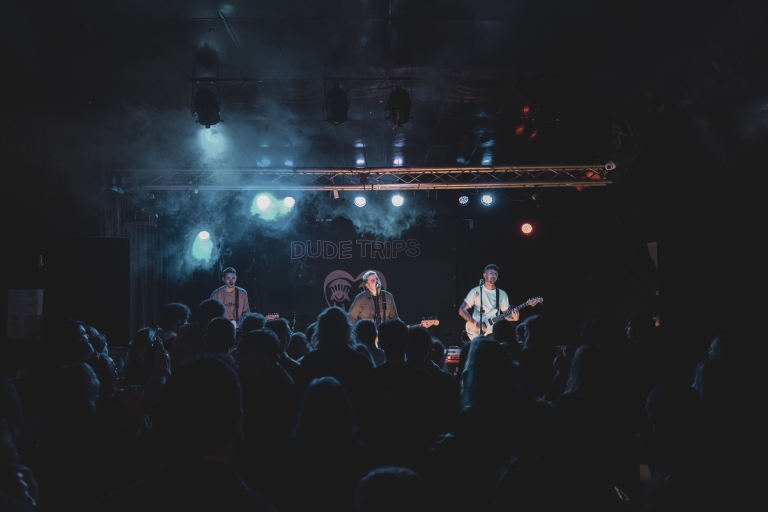 Ahead of their biggest Glasgow headline show to date, we caught up with Scott, Jamie, and Shaun of Scottish alternative band Dude Trips for a chat about the success of their album ‘Through Love & Death, You’re All I Have Left‘, what music they’ve all been spinning recently and future tour plans. 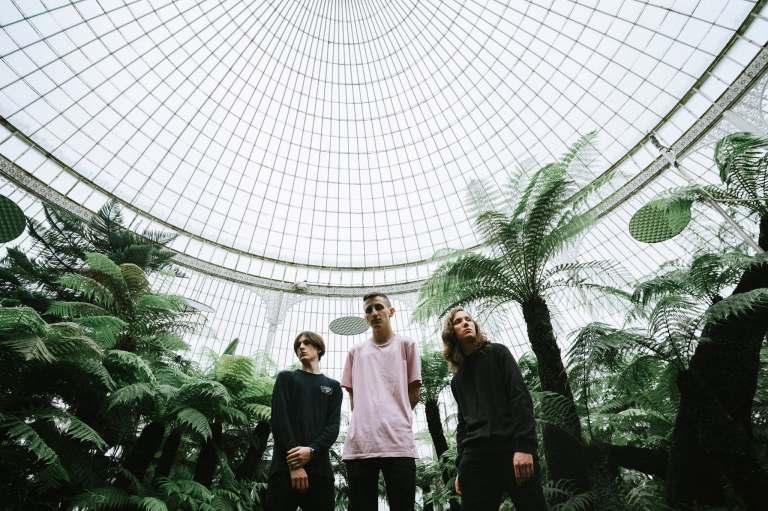 The Glasgow music world has evolved and grown over the years, and with the success of Lewis Capaldi, Twin Atlantic, and Vukovi to name a few, it appears there is a spotlight blaring intimidatingly on the city. However, instead of shying away or conforming, one of the bands pushing through and making their mark over the last few years in the alternative and post-hardcore scene is Deter. With their debut album ‘Wither & Fade’ less than a year old, the band dropped news of finally releasing a single they had been premiering at shows including their short run with rock powerhouse Tigress.

We spoke to frontman and vocalist Jamie Logan ahead of the release of their new single ‘Iniquity’ and the writing process of what has the potential to be a career changing song.

Where did you get the inspiration to write and release ‘Iniquity’ as a single?

“After we had just released our debut album ‘Wither & Fade’ we didn’t really know what sound we were gonna pursue next but based on the live experience of playing the album we knew we wanted more energetic, heavier songs so we could have more fun playing them live. Then Jonny (guitarist) came up with the bulk of the ‘Iniquity’ guitar parts and we spent a little while refining it until we were happy. We knew from the first time playing it live in February 2019 that we needed to make it our next single as it was received better than our album songs.”

Who were your main musical influences for the song?

“At the time of writing ‘Iniquity’ myself and Jonny were listening to a lot of Movements and Rarity but were already inspired by bands like Holding Absence and Casey. Lyrically mostly Casey and Holding Absence.”

Lyrically, was ‘Iniquity’ cathartic to write, or was it difficult?

“‘Iniquity’ is to this day still one of the most challenging songs I have written in terms of subject matter and portrayal of my own thoughts. It definitely was cathartic to just put my darkest thoughts into a positive outlet as it covers my trials and tribulations with my own mental health and how they have worn me down over the years.”

The word itself has deep-rooted ties to the bible and religious connotations, was this an influence at all or merely coincidence?

Last year, you released your debut album ‘Wither & Fade’, do you have any plans for another album or EP?

“Sadly, we don’t intend in doing a significant body of work such as an album for a long time but you can expect lots of smaller releases from us until we feel the need to create a cohesive body of work.”

Finally, what can we expect to see from Deter in 2020?

“In 2020, you can expect lots of new music and bigger shows. More so in the second half of the year! We’re working really hard behind the scenes to take the band to the next level. PS expect more riffs and cool shows.”

‘Iniquity’ is available to buy and stream through the links below. 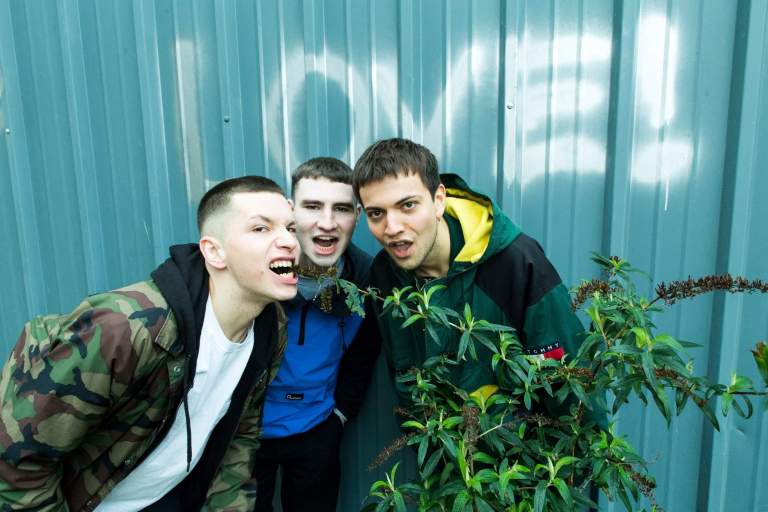 Manchester punk trio Aerial Salad have just announced their latest album ‘Dirt Mall’ with a release date of the 27th March. In the meantime, today they dropped the video for new single ‘Romance?’

The band have possibly one of the best origin stories in music history, frontman and guitarist Jamie Munro recalls attending legendary punk event The FEST in Gainesville, Florida in 2016, and being so inspired by the bands he had watched, he had to start a band, and they had to play The FEST no matter what.

“It was a very important time in my young age,” remembers Jamie. “I was like, ‘fuck me, all these people, all these bands are small punk bands, but they’re playing here and they’re all on tour, this is fucking sick this!’ Fuck uni, I hate uni, I’ll start a band. We’ll play The FEST.”

Upon returning from his punk band daydreams in Florida, Jamie did in fact form a band with two best friends Mike Wimbleton on bass and vocals, and Matty Mills on drums. Aerial Salad recorded music, played a handful of gigs, and they finally got the chance to play The FEST, but that is not where this story ends.

Due to unfortunate technical difficulties and unfamiliar equipment, the band now refer to their set at The FEST as ‘The Worst Festival Set Of All Time’. “The set was so bad that as soon as it finished, I had to run out of the venue, hide around the corner and cry,” remembers Jamie.

You’ll be glad to hear that Aerial Salad have bounced back from their living nightmare in the form of that disastrous set. They met former Flying Medallions frontman and Wonk Unit leader Alex Johnson who, so taken with the bands spirit and vibe, offered to mentor, manage and helped put out Aerial Salad’s debut album ‘Roach’ in 2017 on his label Plasterer.

On their new album ‘Dirt Mall’, Jamie admits, “It captures everything I’ve seen working as a temp in offices and generally being in my twenties trying to work myself and the world out. With some pop songs thrown in for fun.” If ‘Romance?’ is anything to go by, the album will be full of energetic DIY punk, and 2020 will be the year of Aerial Salad.

Next week the Speak Soft Magazine team are headed south to document the charity tribute show in memory of the iconic singer-songwriter Elliott Smith, celebrating what would have been his 50th birthday.

Host of the evening Dan Caleb will be performing alongside Benjamin Langford-Biss (As It Is), Georgia Maria, Aaron King, and more incredibly talented musicians all coming together to play songs from Elliott’s back catalogue and most importantly celebrate his life and legacy.

For those of you who don’t know much about Smith or even if you do, we have composed a short timeline of his life and his musical career up until his tragic death in 2003:

We spoke to co-producer of the My Favourite Elliott Smith Song podcast, Robert Comba about Smith’s legacy:

“What’s so great about Elliott Smith, for me, is how his songs seem to get better with every listen. There are things in songs he’s left for you to discover only when you’ve listened for the 500th time. It’s like with a good film – you notice more, the more you watch it.”

“What’s been interesting about doing the podcast – which I now make with my co-producer Elizabeth Withstandley – is hearing how he still has such a strong influence on artists today. People we’ve spoken to like Benjamin Langford-Biss, Phoebe Bridgers and Lindsey Jordan (Snail Mail) all discovered him after he died but cite him as a major influence on them. From that perspective, it’s reassuring to hear his legacy is continuing in a major way.”

If you can, come along to the Finsbury in London on 6th August to celebrate the life and legacy of one of the greatest singer songwriters of all time, on what would have been his 50th birthday.

Elliott was known by his friends as a very charitable person – he set up his own music studio and let smaller bands record there for free. So, in keeping with his spirit, all money raised from this event will go to the charity Help Musicians UK. So, what are you waiting for? Tickets below!